Landlords, of course, have the legal right to pass on the costs to leaseholders but must follow a strict process, otherwise their tenants’ liability is strictly limited.

In August for instance, a leaseholder went public with his own story about facing an unexpected £10,000 bill for ‘unforeseen’ roof repairs from the estate agents dealing with the property management. The agents had initiated a s20ZA consultation under the Landlord and Tenant Act 1985 which gives all leaseholders the opportunity to respond to proposed works.

Section 20ZA was introduced under the Commonhold and Leasehold Reform Act 2002 (CLRA) and regulations (The Service Charges (Consultation Requirements) (England) Regulations 2003 (SI 2003/1987) which set out the required procedure.

Landlords must serve notices on leaseholders where it intends recovering the cost of ‘qualifying works’ that will cost more than £250 per leaseholder. If not complied with, relevant service charge contributions are limited to £250 per tenant. Those notices are:

Qualifying works is widely defined within the Act as “works on a building or any other premises”. Arguments as to the limits of this definition where there is a set of works were put to rest in the 2014 Court of Appeal ruling in Francis v Philips. It was held that whether there is a single set of qualifying works or a series of disparate pieces of work is a question of fact and degree.

This is to be determined “in a common sense way taking into account all relevant circumstances”, for instance, whether there was a single contract covering the works.

The Court of Appeal recently rejected a social landlord’s appeal against an Upper Tribunal determination that it should meet the costs of an expert to advise on the necessity (or otherwise) of replacing balcony asphalt on a 1960s development that comprises 160 flats.

In March 2016, the landlord served notice of intention to carry out a series of listed works. This did not include replacing the balcony asphalt. In December 2016, the statement setting out estimates, which included a list of the proposed works – but against did not refer to replacement of the balcony asphalt.

However, the estimates did refer to it and the associated cost was estimated at nearly £300,000. A dispute arose as to whether full replacement of all the balcony asphalt was reasonable. The First Tier Tribunal found on the evidence that it was unnecessary and stated:

“Even if [the landlord] can eventually justify some or complete balcony asphalt replacement based on what has been discovered in the course of the works, and seeks to recover the cost from the lessees, an application for dispensation under section 20ZA of the Act would seem to be required.”

A successful application to that effect was made, but the FTT imposed a condition that the landlord pay the reasonable costs of an expert nominated by the leaseholders to consider whether the asphalt needed replacing; and to pay the leaseholders’ costs.

Giving judgment on appeal, Newey LJ ruled that the failure to refer to the balcony works in the notice of intention gave rise to a "credible case of relevant prejudice" to every tenant.

As stated by Kitchen LJ in Francis: “The real protection afforded by the 1985 Act to residential tenants is that all service charges must be reasonable and reasonably incurred under section 19. This is the sensible way to control routine works of repair and maintenance which are unlikely to be the subject of a detailed plan in advance.” Landlords, take note. 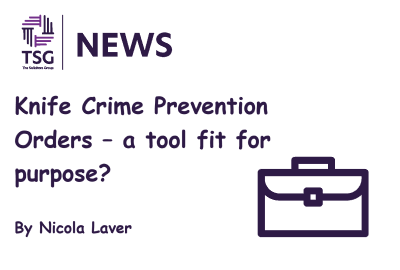